There are many differing opinions on co-sleeping. Some claim that it has many benefits for the child and their parents. Some of the benefits of co-sleeping include:

For some families, co-sleeping is simply a practical matter. For example, a family who doesn’t have much spare room might find it easier to co-sleep rather than to have a separate room for the baby. This is especially true if the baby still doesn’t have a set sleep pattern and wakes up crying during the night, which could disrupt other family members’ sleep.

Co-sleeping remains a hot topic of debate for physicians, psychologists, and scientists. Although co-sleeping has been shown to have some benefits, most pediatricians agree that the research on co-sleeping is insufficient. Some doctors argue that the risks of co-sleeping outweigh the possible benefits. Some of the negative effects of co-sleeping include the following:

Flo is the best period tracker ever! It improves one's knowledge on a lot of things like diet, menstrual flow, personal hygiene, common gynecological issues, etc. I definitely recommend every woman to use it!

At what age should kids stop sleeping with their parents?

Many families don’t set out to co-sleep for long, but then they get used to it and don’t know how to stop. There isn’t a hard and fast rule for when your child should stop sleeping with you. However, as soon as you feel like your family is ready to change your sleeping arrangements, it’s time to have your baby sleep in their own room.

For many parents, the time to stop co-sleeping is when they realize that the quality of their sleep is being negatively affected by co-sleeping. The earlier your baby starts to sleep in their own room, the easier the switch will be. Young babies have very flexible sleep patterns and can adapt to changes quickly.

Transitioning from co-sleeping to the crib 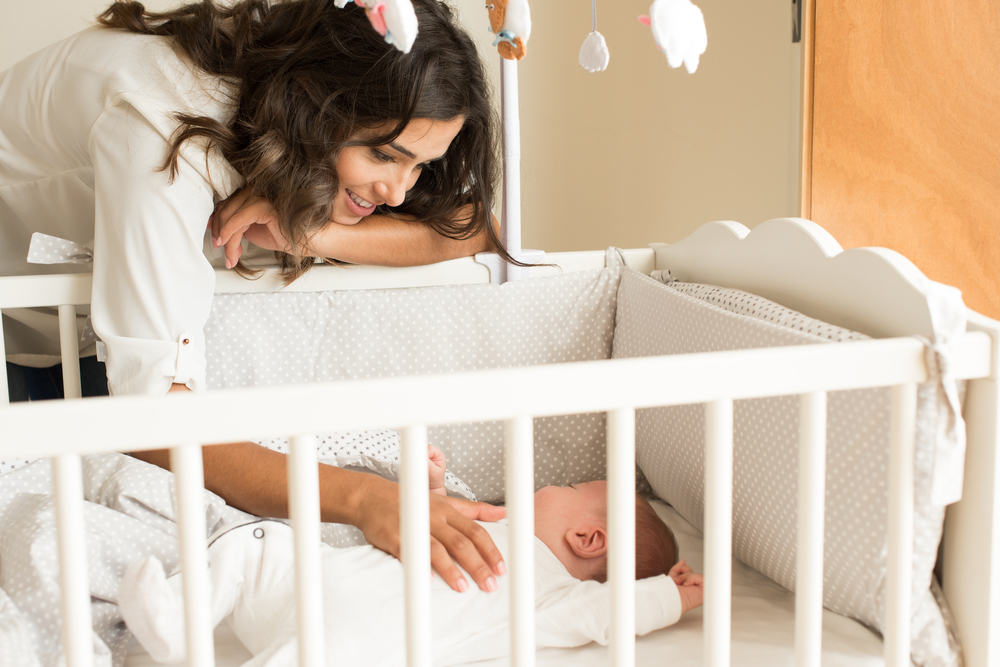 Once you’ve decided to have your child sleep in their own room, it’s important to stick to it. Consistency and perseverance are key factors that will help your child more quickly adjust to their new sleeping arrangements. Here are some tips that can help your child transition from co-sleeping to the crib:

Co-sleeping and sleep problems: what could go wrong?

Certain security measures need to be taken if you’re co-sleeping with your child. These measures include not co-sleeping if you or your partner have been drinking alcohol, if you take any medications that could affect your awareness, if either of you snore or smoke, or if you sleep on an especially soft mattress like a water bed. If you don’t follow these security measures properly, the risks of co-sleeping can include:

Many families like to co-sleep, but then later don’t know how to get toddlers to sleep in their beds. Although the transition can induce some anxiety, stay firm and your child will manage to sleep on their own in no time.