When to end a relationship

Sometimes the thought can come to you in an instant — ”I need to break up with this person.” You should definitely pay attention to that impulse — but it’s also important to sit with your feelings for a bit before you actually tell the other person. All relationships have their ups and downs, and it’s possible you’ll feel differently in a few hours or days. It’s better to calmly and carefully consider if a breakup is what you need before telling your partner.

Considering ending a relationship? Here are some signs that it might be time to move on:

A relationship may be healthy and fulfilling during one phase of your life, only to hold you back as you transition to another. You may care deeply for your partner but still discover that the two of you no longer challenge each other, have different priorities, or that your lives just are on different paths. There’s nothing wrong with ending a relationship because you’ve outgrown each other.

If you’re thoughtful and purposeful when choosing to break up, it will show when you share that decision with them. That makes the other person more likely to respect your choice and accept that this chapter of your lives is coming to an end.

How to break up with someone you’re dating

After you’ve examined your feelings and decided that your relationship has run its’ course, tell them in a way that allows for a kind, honest exchange. This is the best way to break up with someone you date if you want a productive, kind conclusion to the romance. Here are some action steps you can take to set yourself up for success

Breakups are messy, and it’s important to give the other space to express their emotions without embarrassment or fear. This breakup is just between the two of you — have the conversation in a private place so you can both say what you have to.

Accusing your partner will just make them rush to defend themselves. If you wish the two of you went out more, don’t say “you never take me anywhere.” Instead, say “I feel like I don’t go out as much as I would like to. The first is an invitation to an argument. The second is just a statement of fact. Your goal isn’t a blowout fight, it’s to calmly explain why you’ve come to this decision, and allow them to react to it.

Emotions will be running high and it’s important to avoid misunderstandings — if you don’t, the conversation can easily drift off course. Know what you have to say and express it unambiguously.

Pay attention to the way you carry yourself. You want to avoid seeming timid or too aggressive. Focus on keeping your arms open and maintaining eye contact — that combined with your firm but respectful words will put the other person at ease.

It can be tempting to backtrack or sugarcoat what you’re saying to make the conversation easier, but that will just hurt both of in the end. It’s important to say everything you need to so that you both end the conversation knowing where things stand between you.

You might have the same group of friends, go to the same school or share a favorite coffee shop. Regardless, you are going to see your ex at some point after the breakup. Whether you can handle hanging out as friends right away or need to avoid them for a while doesn’t matter — however you’re feeling is valid. The important thing is to understand what your needs are, and be ready to respect theirs.

How to break up with someone you live with

If you live with the person you’re breaking up with, there’s a lot of other complications to consider. The above advice can definitely steer you towards a positive, grounded conversation and a positive conclusion — but immediately afterwards, you’re still sharing your home with your ex.

Breaking up with someone you live with certainly makes the breakup aftermath more complicated. But it’s still possible to navigate it with grace and tact. Expect a discussion about who needs to move out, whether that person should crash somewhere else while they’re finding a new place, and what to do with shared possession. It’s normal to have strong feelings here and there’s a chance things will get heated. Here are some strategies to make this time bearable.

Work to avoid starting an argument, and if your partner tries to start one disengage.

It may be best for the two of you to avoid seeing each other for a while. If that’s the case, set up times for each of you to be alone in your place to go through possession and move them to a new place.

This is a stressful time and it’s entirely understandable to feel overwhelmed. Use whatever stress management tactics and self-care strategies you need to get through this.

Decide quickly what the living situation will look like going forward — which of you is moving out and how long they have to do so. If you’re going to continue living together for any period of time, talk about boundaries while you share a living space. The use of shared spaces, whether you want to speak with each other, and whether it’s appropriate to bring dates over are all things to consider. 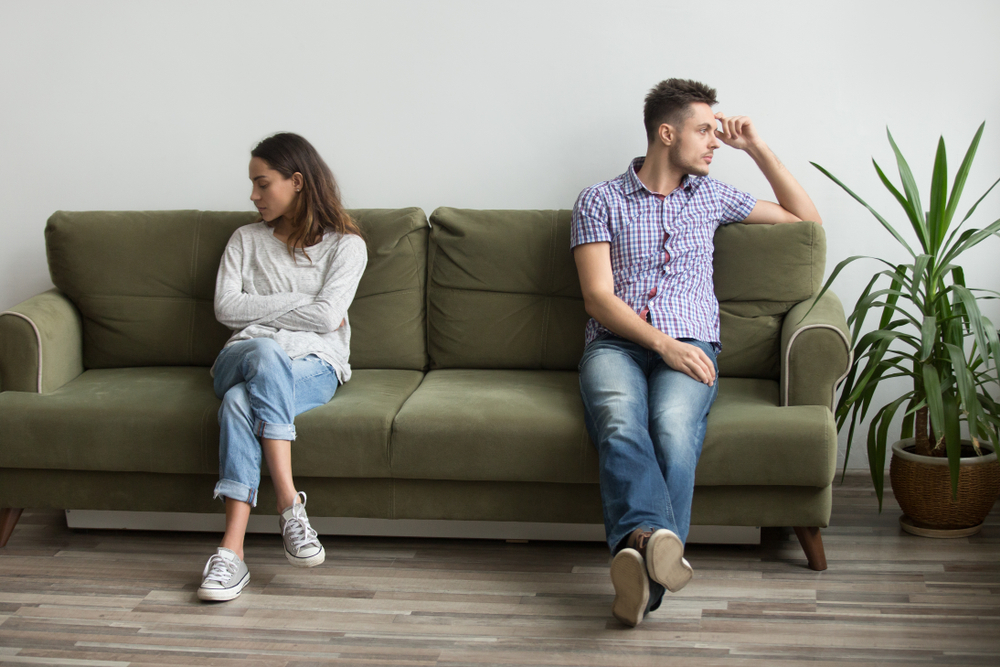 How to get someone to break up with you

Some relationships exist in a gray area — if your relationship not fully defined a full-fledged breakup may be more trouble and heartache than it’s worth. Here are some strategies for indicating to a casual partner that you’re ready to move on — without having to break up with them.

Distance yourself from the other person. If you’re just seeing someone casually, it’s perfectly normal to just stop communicating with them as much. Don’t answer their texts or calls as frequently, or stop making plans with them. It may seem harsh, but the two of you haven’t defined anything yet. You were seeing what it was like to have them in your life, now you’re just seeing what it’s like to not have them in your life.

Don’t make future plans. If you don’t see a future, don’t make plans with them. It might feel bad not to include them — but leading them on will hurt them more in the long run. Stop reaching out to them and most people will take the hint.

If you’re in a committed relationship, it’s best to be honest and direct. But if your relationship is a little undefined, a soft breakup may be the way to go.

What to do after the breakup

Tons of women have a fear of being alone — and it’s ok to feel it. After the breakup, you can feel sad, feel angry, feel how much you miss your ex — accept all the painful emotions that the experience brings up. Eventually, those negative emotions won’t be as strong and you might find yourself with more energy and curiosity than you had before. Remember, this wasn’t a healthy relationship — now that it’s behind and you can focus on other areas of your life.

So take care of yourself! Go out on a solo date — try a new restaurant or see a cool band alone! Maybe take up a new hobby, or indulge in a spa day or spontaneous trip. There are lots of ways to make the most of this period, but the most important thing is to be kind to yourself. You just made a life-changing decision — it’s ok to feel a little adrift.

One relationship has ended, but you still have a life full of deep connections and fulfilling adventures ahead of you. Take some time, get to know yourself, and enjoy the ride!

Emotions How to Love Yourself: 10 Ideas for Better Self-Appreciation
Emotions When to Say “I Love You” and How to Do It
Emotions Love and Affection: Why It’s Important to Show Others How You Feel
Health What Is the Public Effect of Endometriosis?
Emotions Emotional Roller Coaster: Overview and Tips for Coping
Emotions Fear of Intimacy: Everything You Need to Know
Health Birth Control and Cancer: Is There a Link?
Emotions Coping With Divorce: Ultimate Guide to Getting Over a Separation
Health Can You Take a Bath on Your Period?