Professor of Epidemiology, University of Oslo, Norway; Past Member of the Nobel Assembly
|
Work Experience: 40+ years in in clinical and epidemiological cancer research 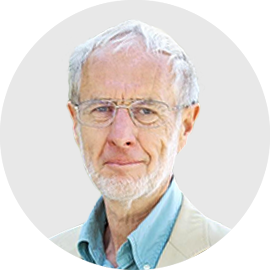 After an MD in 1969, Hans-Olov Adami trained as a surgeon during 17 years, finished a PhD in 1978 and became gradually absorbed by research in clinical and epidemiological cancer research.

Since 1986 he is a full-time scholar and since 1990 he has been professor successively at Uppsala University and Karolinska Institutet in Sweden; Harvard University in the US; and currently at Oslo University in Norway.

Professor Adami has also served – or still serves – as a member of the Editorial Board of some 20 scientific journals, including the New England Journal of Medicine, PLoS Medicine and the Journal of the National Cancer Institute.

As of August 2019, he has 960 entries to Science Citation Index with a total of over 60,000 citations and an H-index of 124. In 2002, he published – together with two co-editors – Textbook of Cancer Epidemiology (Oxford University Press). A second edition was published in 2008 and a third edition in January 2018.

He is currently involved in a large number of epidemiologic and clinical research projects on cancer, chiefly in Europe but also in China, sub-Saharan Africa and the US.