When a couple starts trying to conceive, most of them expect and want pregnancy to happen as soon as possible. But it can be easier said than done. According to NHS, around 1 in 7 couples will have difficulties trying to conceive.

Luckily, technology can help couples through the process. That's where Flo comes in. Along with traditional baby-making methods, Flo allows users to track menstruation and ovulation symptoms, a crucial part in optimizing a couple's chance of getting pregnant. 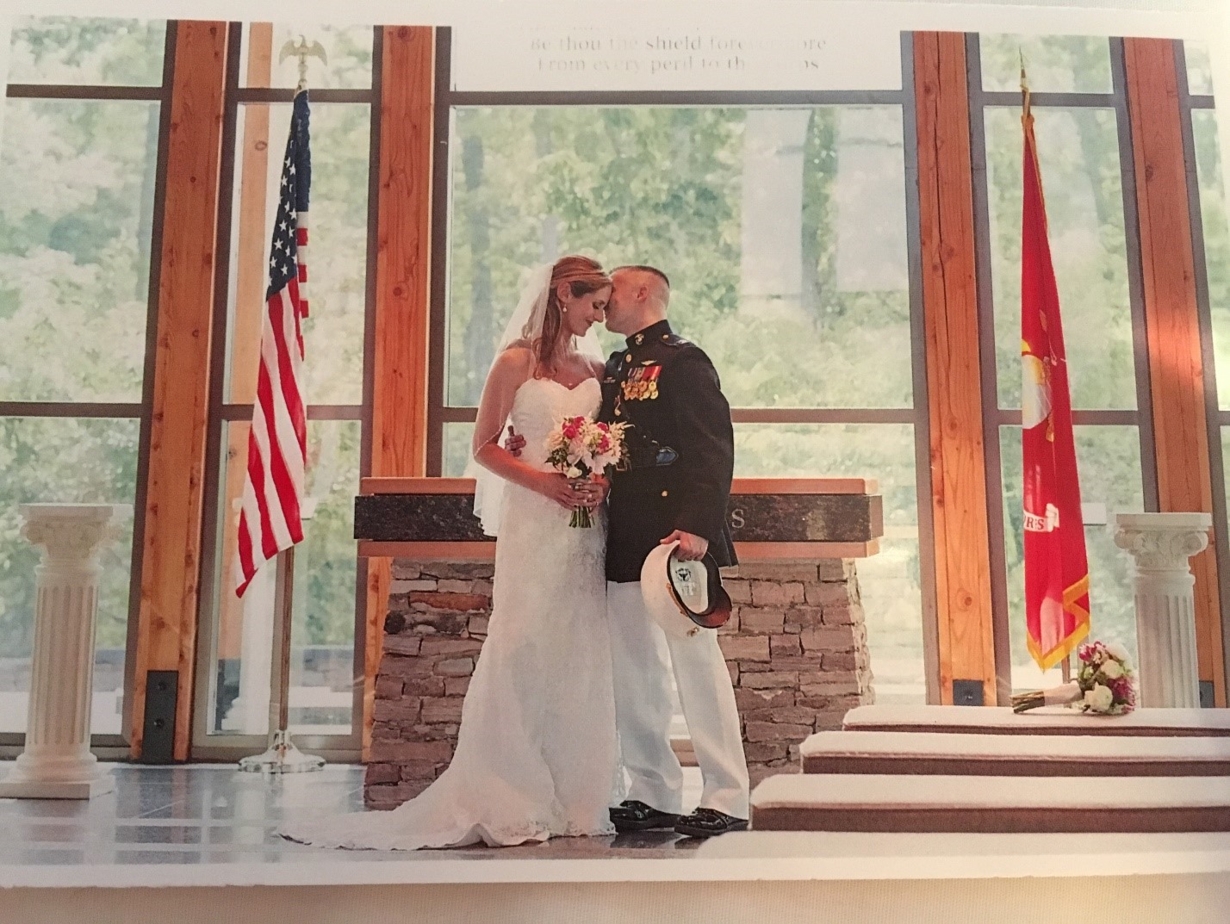 Sara and Anthony met as next-door neighbors and have been together for over six years. After getting married, they decided to start their family together.

Several months into trying, they started using the Flo app to predict Sara's ovulation and optimize their chances of getting pregnant. Sara tracked her cycle and the couple had sex when the app told them she was most fertile.

It took them two months to see the two faded pink lines on a pregnancy test.

“We were very happy,” Anthony says. “I realized that very soon our life would change. And it really did.”

Anthony continues, “I’m a Marine and received orders to move from Washington DC, where I was working in the Pentagon for the Marine Corps. We settled in Cape Carteret, NC and the second day after moving into the house, Sara went into labor. I remember that day perfectly well. The floor installer was putting in our floors, I asked the guy to lock up, and we headed to the hospital.”

Being diagnosed with Grave's and Hashimoto's diseases

The couple was smitten with their new baby boy, but not long after delivering, Sara began experiencing severe complications. After giving birth, she developed both Graves’ and Hashimoto’s disease.

[Graves’ disease is an autoimmune disease that can contribute to an enlarged thyroid. If left untreated, the disease can result in heart complications, birth defects in pregnancy, increased risk of miscarriage, and even bone mineral loss. The disease is about 7.5 times more common in women than in men.]

[Similarly, Hashimoto’s disease—also known as Hashimoto’s thyroiditis—is also an autoimmune disease that results in the immune system turning against the body’s tissues. Hashimoto’s can lead to hypothyroidism, a condition in which the thyroid doesn’t produce enough hormones for what the body needs. Like Graves’, Hashimoto’s disease also affects women about seven times more than it does men. Both diseases can be treated by regulating hormone levels with drugs. Of course, medication and dose should be prescribed by a doctor.​]

Following the birth of John, Sara struggled with her health, getting acclimated to her new medications, and trying to get her thyroid under control.

Though Sara and Anthony wanted to have more kids, the complications Sara experienced after the first birth - hair loss, severe weight loss, and even a miscarriage - left them feeling resigned. They thought they would never be able to have another child.

A little over two years after having John, with the help of her Endocrinologist, Sara was the healthiest she’d been since giving birth. Her doctor told her that since she was stable for at least six months, if she ever wanted to have another baby, now was the time. Sara and Anthony got to work.

Even though they thought they couldn’t have another baby, Sara continued tracking her cycle with the Flo app for the past four years in the event things changed. Two days after the doctor’s appointment, Sara and Anthony conceived for the second time, thanks to the help of Flo.

“It was shocking I got pregnant right away,” Sara recalled.

The features they used the most were tracking Sara’s cycles, following their baby’s development, and the timeline.

“One funny thing that came out of Flo was I was able to definitively pinpoint a four-day period every month that Sara was grumpy,” Anthony said laughingly.

As we said, the Flo app has the option to track moods!

“Anyhow, I give credit to the app for our ability, despite health adversity, to successfully have a family. Thanks!” Anthony adds.

Sara is now pregnant with a baby girl, and pretty soon Sara and Anthony will have their hands full with two children.

Congratulations, Sara and Anthony and a big congrats to little John on becoming a big brother soon! Thank you for sharing your story.

Flo – technology that helps couples struggling to get pregnant

Flo is the fertility app that helps parents achieve the beloved second line on your pregnancy test.

The app tracks length and regularity of your menstrual cycle, basal body temperature, cervical fluid to make predictions about your ovulation cycle and the likelihood of getting pregnant based on all of these bits of information.

Falling pregnant can be complicated and stressful indeed. Flo takes all the stress away from the situation and makes it more predictable. So far, more than 5 million pregnancies happened with the Flo participation and the number is ever growing!

Of course, Flo isn't a magical wand. But tracking physical symptoms and menstrual cycles while consulting with your healthcare provider can help you celebrate the joys of being a parent soon!