Do you burn more calories on your period?

In short, the answer to “does menstruation burn calories” is “it depends.” Everyone’s resting metabolic rate (RMR) varies. Your RMR refers to the amount of calories your body burns in a state of rest, without any activity.

If your RMR increases significantly during your period, you’ll automatically burn additional calories. One study showed that RMR varies widely among women over the course of their monthly cycles.

Some research suggests that you might burn slightly more calories during the luteal phase. This phase begins after ovulation and ends with the onset of menstruation.

So does being on your period burn more calories or not? Typically, no. While experts largely agree that resting metabolic rates fluctuate during the menstrual cycle, the change is negligible. Given this minimal difference, most women will not burn many more calories than usual.

Why do you feel hungry during your period? 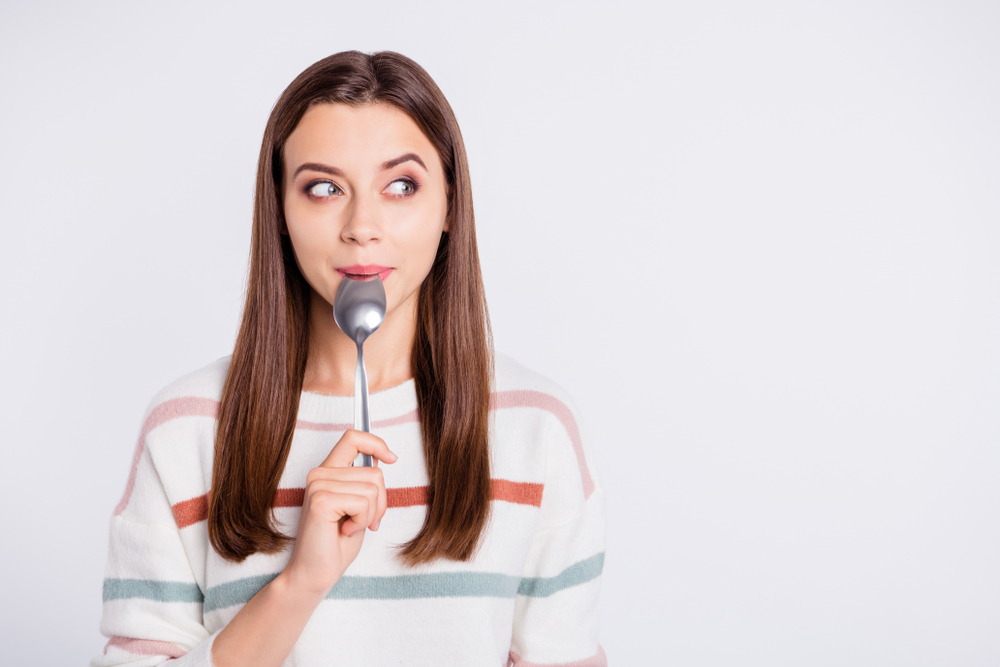 There are a variety of reasons for feeling hungrier right before and after your period starts. Biology, including sex hormones, and other conditions can all play a role.

Do you often crave sweet or salty foods around this time? Research shows hunger spikes and causes related weight gain at this point in your cycle. This could be tied to changes in your sex hormones, which peak when you’re in the luteal phase, just before menstruation.

Progesterone also peaks, causing you to experience intense food cravings or struggle with binging and body dissatisfaction. Note that seeking foods high in fat and sugar may even be a biological survival mechanism as they represent a source of energy. That’s precisely why biology is a significant factor in determining your eating habits around that time of the month.

Research shows hunger spikes and causes related weight gain at this point in your cycle. This could be tied to changes in your sex hormones, which peak when you’re in the luteal phase, just before menstruation.

Individuals with premenstrual dysphoric disorder (PMDD) have an increased likelihood of overindulging. PMDD, which normally begins at the start of menstruation, is accompanied by several emotional and physical symptoms. They include severe irritability, gastrointestinal disturbances, depression, and anxiety, as well as food cravings.

Pre-period hunger is at times an indication that your body needs more of a certain nutrient. Iron, in particular, can decrease in people with heavy menstrual flow and must be replenished.

Lastly, cultural norms come into play as well. Some experts point to the way chocolate is emphasized as an ideal means of coping with stress. Media messages surrounding physical appearance and the relationship women have with food influence their views. While society frowns upon binging on sugary, fatty foods — once a month, during menstruation, it becomes culturally acceptable.

Do you need more calories on your period?

Since your RMR typically increases only slightly while you’re on your period, don’t plan on burning any extra calories without trying. As nice as it would be to say that you do burn more calories during your period, there’s no research to prove it.

If you happen to have a higher RMR and feel particularly hungry, you’ll be tempted to increase your caloric intake while on your period. But beware, this can lead you down a dangerous road. Beverages such as lattes or smoothies add hundreds of extra calories to your daily diet. Try to keep track of your meals with an app or food diary to stay on course.

As mentioned above, you may need to replenish the iron lost during menstruation. This is usually as simple as eating a little red meat, shellfish, or liver. But if you’re vegetarian, consider taking iron supplements, with your doctor’s approval, of course. You can also munch on spinach, nuts, seeds, and legumes. Remember to boost iron absorption by combining these with vitamin C-rich foods such as broccoli or oranges.

How to deal with feelings of hunger during your period

What’s the best way to overcome those hunger pangs without overindulging and aggravating your symptoms? Believe it or not, there are countless healthy and satisfying options to meet your needs. Try these comforting and flavorful foods:

Portion sizes and timing also help keep food cravings in check. Eating smaller meals more frequently prevents your blood sugar from crashing or spiking. Do your best to stick to foods high in protein and fiber, which are more satisfying and improve digestion.

Similarly, increased water intake will make you feel fuller longer and stave off dehydration. Finally, keep sugary, salty foods out of the house during your period, opting instead for fresh fruits and vegetables.

Like many people, you may have wondered if you burn more calories on your period. The truth is that burning extra calories while menstruating is a myth for most people.

Cravings during or just before your period tend to be the product of biology, culture, or conditions like PMDD. If you struggle with PMDD or compulsive eating, be sure to speak with your doctor about available treatments.

Food cravings are often your body’s way of telling you it needs something, so pay attention and offer it something nutritious. Remember to give yourself the TLC you deserve, not just when you’re on your period, but every single day!

Period Menarche: Key Facts About Your Daughter’s First Period
Period Dysmenorrhea: The Reason for Your Painful Periods
Period Hymen: What It Is and How It Changes Throughout Your Life
Period How Deep Is a Female Vagina? The Average Depth of a Vaginal Canal
Period Period Tracker: How to Choose One and Why Logging Is Important
Period Using the Pill to Regulate Periods: How It Works
Period Menstruation Taboos Around the World: How Did Periods Become Taboo?
Health What Is the Public Effect of Endometriosis?
Health Birth Control and Cancer: Is There a Link?