How long are lunar and menstrual cycles?

A full lunar cycle lasts from one new moon to the next and takes 28 days. The average menstrual cycle is also 28 days long. However, the actual duration varies from person to person and month to month and ranges from approximately 21 to 35 days.

Do menstrual cycles sync with the lunar cycle? What do studies say?

According to one study, synchronicity does exist between menstrual and lunar cycles. The study involved 826 women with a normal menstrual cycle, with participants aged 16–25. A large number of women menstruated during the new moon (28.3%). Conversely, the rate of menstruation on other days was much lower, ranging between 8.5–12.6%.

However, data collected by a specific app that allows women to track their periods indicates that the relationship between the lunar and menstrual cycles is a myth. In over 7.5 million cycles, the menstrual cycles didn't correlate to the lunar cycle.

The cycles correlated more or less for some people, but it depends on whether women's natural cycles match the lunar cycle and how much the length of the menstrual cycle varies from the 28-day average.

Are women most fertile around the full moon? 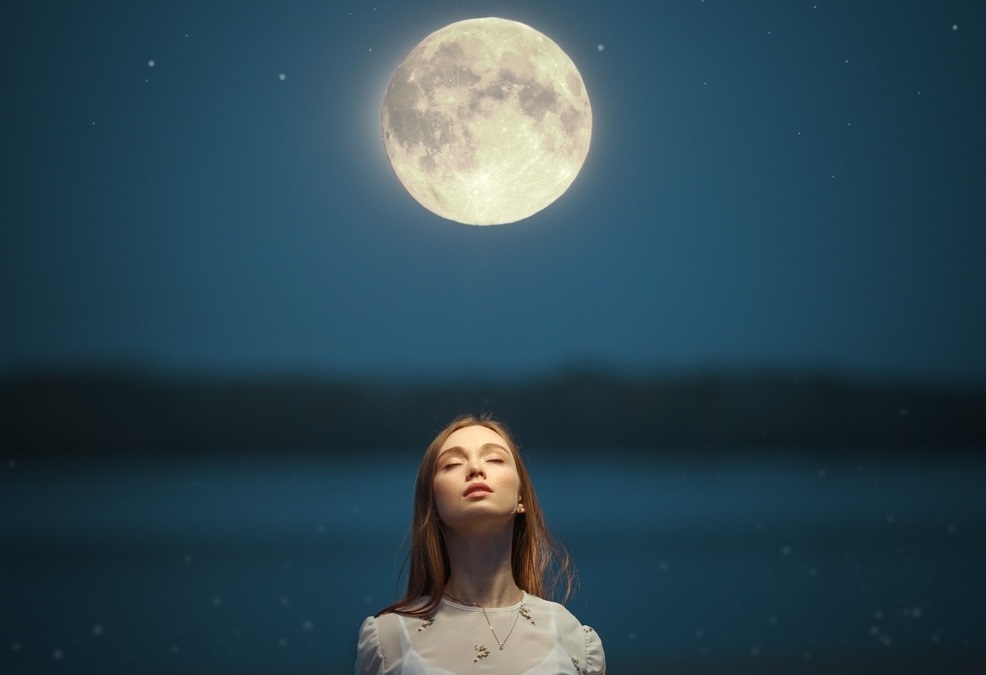 In the 1950s, Dr. Eugene Jonas looked for a scientific explanation for questions regarding female fertility. Women were becoming pregnant while using the rhythm method of birth control. He noticed that a number of women became pregnant during their period or when they weren't supposed to be ovulating.

Dr. Jonas believed this pointed to multiple fertile periods — one based on the woman's cycle, and the other based on a lunar cycle that influenced their fertility. The doctor, who believed in astrology and had unorthodox beliefs, was convinced that the moon impacted female fertility. No scientific evidence was offered to support his theory.

Do you need to synchronize your cycle with the moon?

There's no scientific evidence that having a cycle that syncs with the Moon is of any benefit, but folklore and alternative health advocates say there are many benefits to menstruating during the new moon and ovulating during the full moon.

How can menstrual and lunar cycles be related?

The main way menstrual and lunar cycles are related is in the relative duration of each, which carried special significance for early humans.

However, this correlation doesn’t support repeatable scientific studies, which show that, although similar in length, the menstrual and lunar cycles aren't related.

Why did people start associating the moon with women’s periods?

So why do so many cultures link the menstrual cycle and the Moon? People have made lunar calendars since the lunar phases were first charted. Many cultures based their religious ceremonies around the lunar cycle.

For example, some Native American tribes tracked seasonal events using the lunar calendar. They called the Moon different names based on the season: The Corn Planting Moon referred to May, and the Travel Moon commemorated beaver-trapping in the autumn. The practice isn't dead; both Jewish and Islamic cultures use lunar calendars to note fasting and feast days.

Menstrual cycles roughly follow the same timeline, so it's natural to try to use the Moon’s cycles to track when you menstruate or ovulate. However, this theory cannot be applied to everyone, and even the most regular cycle can vary occasionally, so it's not shocking that attempts to tie the Moon to female fertility or contraception haven't proven universally effective.

People may have started this belief out of a desire to be connected to the flow of the universe. It's equally comforting to look at the night sky and remember that hundreds of cultures and billions of people have seen the same stars and moon.

Although several cultures have some tradition that connects women's menstrual cycles and the Moon, studies offer varying results suggest otherwise. Many scientists reject the notion that a woman's period coincides with moon phases. Instead, the similarities seem to begin and end with the regular 28-day average cycle for both the Moon and women's periods.

Period Menarche: Key Facts About Your Daughter’s First Period
Period Dysmenorrhea: The Reason for Your Painful Periods
Period Hymen: What It Is and How It Changes Throughout Your Life
Period How Deep Is a Female Vagina? The Average Depth of a Vaginal Canal
Period Period Tracker: How to Choose One and Why Logging Is Important
Period Using the Pill to Regulate Periods: How It Works
Period Menstruation Taboos Around the World: How Did Periods Become Taboo?
Health What Is the Public Effect of Endometriosis?
Health Birth Control and Cancer: Is There a Link?