What are fibroids on the uterus?

Fibroids are benign tumors of smooth muscle cells of the uterine wall that grow inside or on a woman’s uterus. They are the most common tumors of the female reproductive system being the most common indication for surgery in women in the United States. Some studies suggest that as many as 80% of women will have fibroids at some point during reproductive age, although most will not cause any symptoms and will not be detected.

There are many different names for fibroids, including leiomyomas, myomas, uterine myomas, and fibromas or fibromyomas. They vary in numbers and size. Some women may have clusters of fibroids, while others will just have one. They can be as small as a sesame seed or grow as big as a grapefruit. Rarely, they will grow even bigger than that and sometimes can so huge that occupy the whole abdominal cavity.

In more than 99 percent of cases, fibroids are benign — meaning that they are not cancerous. Experts say that having uterine fibroids does not increase a woman’s chance of developing cancer in the long run.

How do you get fibroids?

In many cases, it is unclear why fibroids grow. Genetic predisposition and steroid hormone factors play the greatest role in the formation and growth of fibroids.

There are different types of fibroids depending on their placement: 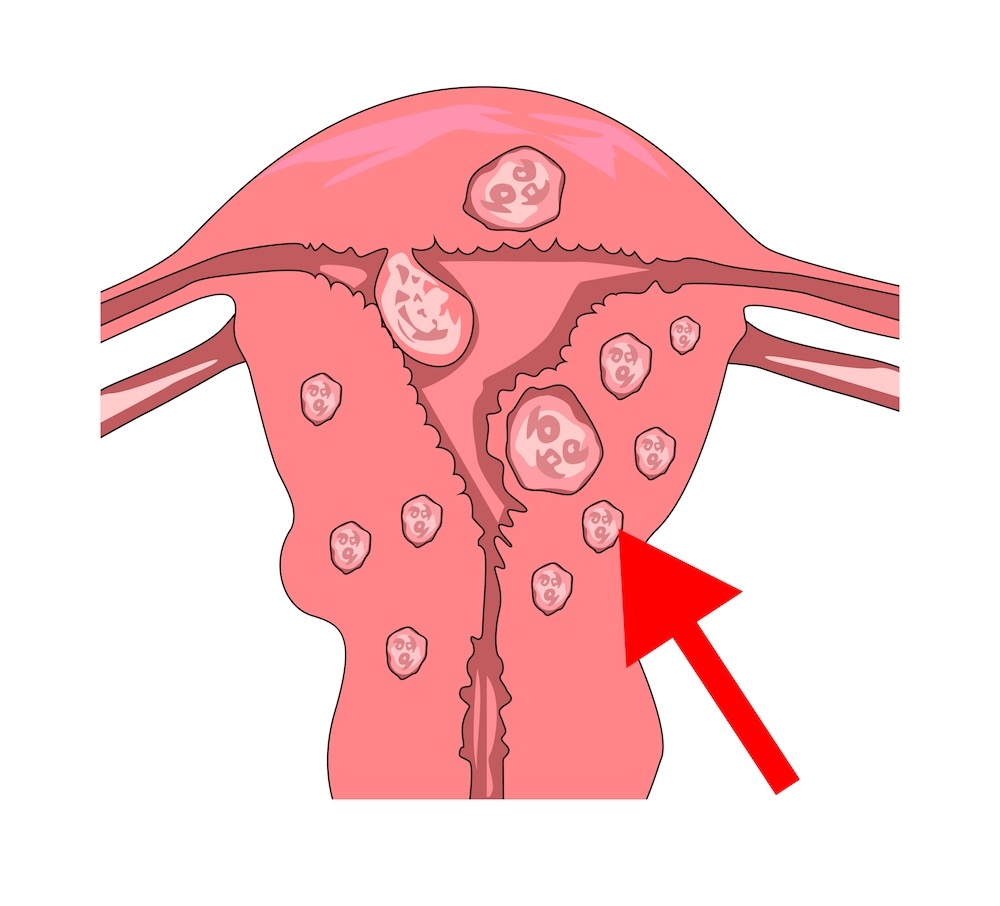 What causes uterine fibroids to grow?

As mentioned above, the cause of uterine fibroids is largely unknown. One theory is that abnormal muscle cells in the uterus multiply rapidly because of steroid hormones, especially the hormones that regulate your menstrual cycle — estrogen and progesterone.

There also seems to be a genetic factor in fibroid growth. Women who have had a mother, grandmother, or sister with fibroids are more likely to develop fibroids themselves.

How fast do fibroids grow?

There is no one speed at which fibroids grow. Factors that influence the growth rate of fibroids include:

One study showed that the average growth rate of fibroids is a growth of 9% over a period of 6 months. It is even possible for one woman to have multiple fibroids that grow at different rates.

How do you know if you have fibroids?

Many women who have uterine fibroids will never feel any symptoms and never discover that they have fibroids at all.

The signs and symptoms that a woman will experience are dependent on the type of fibroid, the size of the fibroid, and the number of fibroids she has.

The most common symptoms of uterine fibroids include:

Sometimes a woman may discover that she has uterine fibroids inadvertently because of testing that is being done for other reasons, such as pregnancy or fertility evaluation.

If the fibroid is not causing any symptoms and is not large, your doctor will most likely leave it alone. 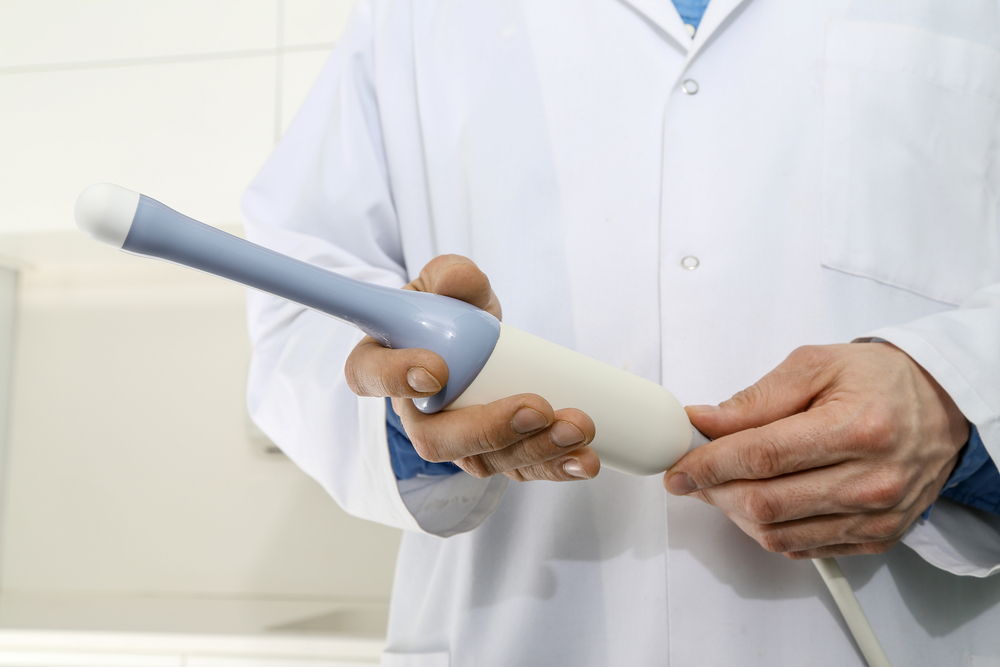 How are fibroids diagnosed?

If you’re experiencing symptoms, visit your gynecologist who will know how to diagnose fibroids. Sometimes, your gynecologist will feel a mass during a routine pelvic exam and will send you for further testing to confirm a diagnosis.

Tests that may be done to confirm the diagnosis of uterine fibroids include:

How to treat fibroids?

There are many different treatment options for women with fibroids. In cases when fibroids are small and are not causing symptoms, your doctor may suggest “watchful waiting.” This involves regular testing to ensure that the fibroids are not growing, and monitoring for any symptoms that may arise. Since fibroids often shrink on their own after menopause, are not cancerous, and are often not a threat to a woman’s health, this option is preferred over surgery.

Women who have very large symptomatic fibroids may require further intervention. Your doctor will come up with a treatment plan based on many factors including your family history, your age, the size of the fibroid, the number of fibroids, its type, location, your reproductive plans (meaning whether you are planning a pregnancy or not) and your overall health.

The following treatment options may be considered for women with uterine fibroids:

A myomectomy is a surgery to remove fibroids without removing healthy uterine tissue. This kind of surgery enables future pregnancy. It can be performed in a number of ways including cutting into the abdomen (major surgery), laparoscopically, or hysteroscopically, depending on many different factors such fibroid size, type and location.

A hysterectomy is a surgery to remove the uterus. About one-third of all hysterectomies performed are for uterine fibroids. Women who have hysterectomies usually get them because the fibroids are very large, numerous, and are causing heavy bleeding. These women are also usually nearing or after menopause or do not want to get pregnant in the future.

In this laparoscopic procedure, a needle is inserted into a fibroid and an electric current is used to destroy a fibroid and shrink the blood vessels that supply it.

This minimally invasive procedure involves injecting the arteries that supply the uterus with small particles. The blood supply to the fibroid is then blocked, causing the fibroid to shrink and relieving symptoms.

Medications block the production of estrogen and progesterone, putting the woman in a temporary postmenopausal state. The fibroids shrink as a result, and symptoms like heavy bleeding are resolved.

There are many other treatment options including progestin-releasing intrauterine device (IUD) to relieve symptoms, and medications such as oral contraceptives, anti-hormonal agents, and anti-inflammatory painkillers.

Fibroids and pregnancy: what to be aware of

When it comes to uterine fibroids and pregnancy, many women have concerns. Fortunately, most women who have fibroids will not experience any complications during pregnancy. However, up to 30 percent of pregnant women with fibroids may experience complications, especially if the fibroids are larger than 5 centimeters.

The most common problems seen in women with fibroids include:

What size fibroids should be removed?

There is not one answer to the question regarding what size fibroids should be removed. It depends on the type and location of the fibroid and on whether the fibroid is causing symptoms. Fibroids that are big enough to cause a bulge in the abdomen, to block the opening to the cervix, or compromise any functioning of the uterus will most likely need to be removed.

Is it possible to get rid of fibroids without surgery?

In short, yes, it is possible to get rid of fibroids without surgery. There are medications, like the ones mentioned above, that can shrink fibroids by blocking hormone release. Unfortunately, they also cause side effects and put women into a temporary postmenopausal state.

There are also many options of minimally invasive procedures, some of which are mentioned above. They can shrink or remove uterine fibroids successfully.

Lifestyle and dietary changes may also help to shrink fibroids. Women who are overweight or obese may want to consider losing weight, as this is one factor closely linked with fibroid growth.

Some women have reported success by managing stress levels and using home remedies and natural treatments include yoga, meditation, acupuncture, massage, and more.

Uterine fibroids may sound scary at first, but up to 80 percent of women have them, and most do not have any symptoms at all. These non-cancerous tumors are harmless much of the time, and many women with uterine fibroids successfully conceive, carry to term, and give birth without complications.

Talk to your doctor about treatment options if your fibroids are causing symptoms.