Is it possible to orgasm at the same time?

Although many consider it an uncommon event, given that some people take longer to orgasm than others, having a simultaneous orgasm is still achievable.

Everyone goes through the “sexual-response cycle,” a four-phase cycle that consists of excitement, plateau, orgasm, and resolution. While both partners go through the same cycle, reaching orgasm at the exact same time can be a challenge, particularly for heterosexual couples. This is because women typically take up to 15 minutes longer to climax than men. 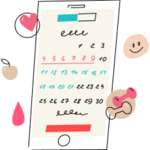 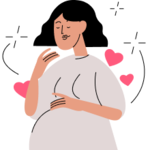 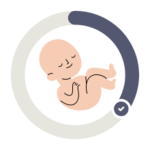 Women can also have a more difficult time achieving orgasm than men. About one in three women has difficulty climaxing at all. This might be because they need clitoral stimulation to climax. The clitoris is a very small and specific area above the vaginal opening, and it may not be stimulated during intercourse. The vast majority of female orgasms occur because of clitoral stimulation.

Another reason some women have trouble orgasming may be because they need to know more about what turns them on to the point of climax. Taking a sex-positive view and learning more about how your body works can help with this.

Benefits of orgasming together

Orgasming together can be a rewarding and enjoyable experience for both you and your partner.

Achieving an orgasm at the same time as your partner depends partly on feeling comfortable communicating clearly how you’re feeling during sex. You need to be able to talk to your partner about what feels good, what turns you on, what to keep doing, and what to stop doing.

Having a simultaneous orgasm can build upon the bond you’ve already created with your partner. It can bring you and your partner closer together.

Whether it happens at the same time as your partner or not, there are plenty of benefits to having an orgasm. Orgasms are stress-busters. They improve sleep, and they increase estrogen. More estrogen means more collagen, which means better skin.

Men who have more frequent orgasms can have a decreased risk of prostate cancer and even a longer lifespan. Orgasms also release hormones like oxytocin and DHEA, both of which can help protect you from cancer and heart disease. Oxytocin, also thought of as the “happiness hormone,” is both stress relieving and happiness inducing.

Having a simultaneous orgasm can build upon the bond you’ve already created with your partner. It can bring you and your partner closer together.

Removing any pressure from you or your partner, enjoying the moment, and focusing on your sexual hot spots are all ways to help increase your chances of experiencing simultaneous orgasms. And while you don’t necessarily have to have intercourse to orgasm at the same time, we’ve got some tips to help you if you want to go that route.

Take the pressure off achieving climax simultaneously. The more you focus on it, the more you’re likely to feel like your sexual encounter has failed if it doesn’t happen. Remember that having a fulfilling sexual experience has little to do with simultaneous orgasms. Focus instead on being in the moment and enjoying this time of intimacy with your partner. Think of having a simultaneous orgasm as a bonus, not the end goal of sex.

Having a simultaneous orgasm is as much about your partner’s experience as it is yours. Take the time to find out what turns your partner on and what they enjoy. This can also help take the pressure off you to reach climax. You may find that focusing on your partner is as much a turn-on for you as it is for them, helping you to orgasm at the same time.

3. Synchronize with your partner.

As you tune into your partner’s needs, you’ll find you naturally begin to synchronize with them. Take turns stimulating and pleasing each other, but if you find you’re getting too close to orgasm and your partner isn’t there yet, slow yourself down. This is actually easier to do than speeding up an orgasm. In the meantime, listen to your partner’s breathing, which can be a sign of their sexual arousal. Being in sync may bring both of you closer to orgasming simultaneously.

5. Focus on the clitoris.

If you often take longer than your partner to orgasm, have them focus on stimulating you, either orally or manually, for 10 to 15 minutes before getting in on the action.

Achieving an orgasm together can be an intensely rewarding experience, but that doesn’t mean it’s necessary for a fulfilling sexual experience. Think of it as a nice side perk rather than the pinnacle that defines success. The more you practice it, the more likely simultaneous orgasms will become one of the many sexual experiences you and your partner enjoy.