How soon can you find out your baby's sex?

You can find out if your baby is male or female during an ultrasound done between the 18th and 22nd weeks of pregnancy. If the doctor can’t see the baby’s genitals clearly, they may not be able to tell the sex of the baby for sure.

The formation of the vulva or penis starts occurring by the 6th week of pregnancy. Girl and boy babies look quite similar during the first-trimester ultrasound until about the 14th week of pregnancy. By the 18th week, your doctor may be able to determine the sex of your baby if they are lying in a position that makes their genitals visible.

You can also find out the sex of your baby by having non-invasive prenatal testing (NIPT), which is usually done at the 10th week of pregnancy. NIPT is a blood test that helps detect Down’s syndrome and other chromosomal abnormalities. This test can also detect fetal DNA present in your blood, which may help determine whether your baby is female or male. This test is usually intended for women who have a higher risk of carrying a baby with genetic disorders. But those who have a lower risk can get the test as well. You can discuss with your doctor whether this blood test is appropriate for you or not.

You can find out the sex of your baby from genetic testing methods such as amniocentesis or chorionic villus sampling (CVS). CVS is generally performed between the 11th and 14th weeks of pregnancy, and amniocentesis is performed between the 15th and 20th weeks. These tests are primarily done when fetal abnormalities are suspected, and they pose certain risks. They are not recommended only to determine the sex of the fetus.

Although there’s no scientific evidence to support its claims, according to the Ramzi theory, you can predict the sex of your baby by as early as the 6th week of your pregnancy by looking at the images of your ultrasound.

Ways to find out the baby’s sex

Having an ultrasound is one of the early methods for predicting your baby’s sex. Doctors typically perform an ultrasound between the 18th and 22nd weeks of pregnancy. They may examine your baby’s genitals and look for different signs that will suggest whether the baby is a girl or a boy.

As already stated, even during an ultrasound scan, the doctor may not be able to find out the sex of the baby. The baby may be lying in a position where their genitals are not visible. If this happens, you may need a repeat ultrasound scan. If you are having twins, determining the sex becomes even more of a challenge. Being able to accurately determine the sex of the baby or babies depends on the operator’s experience and if ultrasound imaging is performed using a high-resolution machine. 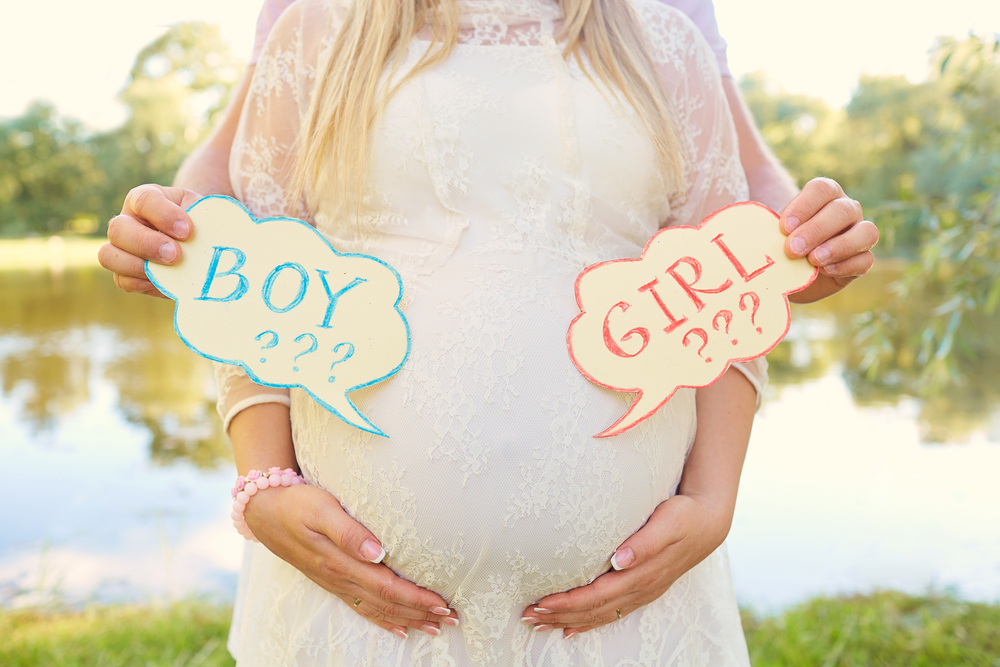 There are some particular things that technicians and doctors look for in ultrasound pictures to find out the sex of your baby. These include:

Visualization of genitals — Before ultrasound imaging resolution was as high as it is today, physicians tried to find a penis to determine if the fetus is a boy. If the doctor didn’t find a penis on the ultrasound, then the baby was assumed to be a girl. Nowadays it is possible to see the vulva, clitoris, and labia in a female fetus and scrotum, penis, and descended testicles in males. However, during the first-trimester ultrasound, the shape and size of the penis and clitoris are roughly the same. Doctors use something called the sagittal sign and the direction of the genital tubercle to help determine the sex from the 11th week of gestation. The first trimester ultrasound sex determination has a significant false-negative rate.

The hamburger sign (or 3-line sign) — Another sign on an ultrasound that indicates that your baby may be a girl is the hamburger sign (appearing as three lines). A girl’s genitals may look like a hamburger, with the clitoris situated between the two labia.

An erect penis — Baby boys can have erections even in the uterus. If your doctor is looking at the ultrasound scan at just the right moment, they may notice a penis that is very clearly defined. This makes determining the gender of a baby much easier.

Genetic testing methods such as amniocentesis or CVS can also be early baby sex prediction methods. These tests are generally performed to determine whether the baby has a chromosomal abnormality or genetic disorder such as Down’s syndrome. Information about the baby’s sex can be obtained simultaneously. Genetic testing is not recommended only to determine sex, as it has certain associated risks.

Amniocentesis is a type of genetic testing where the doctor takes out a small quantity of amniotic fluid from the uterus using a long, thin needle. Some of the baby’s cells are present in the amniotic fluid, which can be used to determine the presence of any genetic disorders as well as the sex of your baby. Amniocentesis is generally performed between the 15th and 20th week of pregnancy.

CVS is also a type of genetic testing used to determine the presence of any congenital defects such as Down’s syndrome as well as the sex of your baby. During this procedure, your doctor removes a sample from the chorionic villi, which is tissue present in the placenta that contains information about the baby’s genes. CVS is generally performed between the 11th and 14th weeks of pregnancy.

Genetic testing methods may increase the risk of miscarriage, and they are generally reserved for pregnant people over the age of 35, couples who have a family history of genetic disorders, or to confirm a positive result from prenatal screening. Make sure to talk to your doctor about whether these testing methods are appropriate for you. 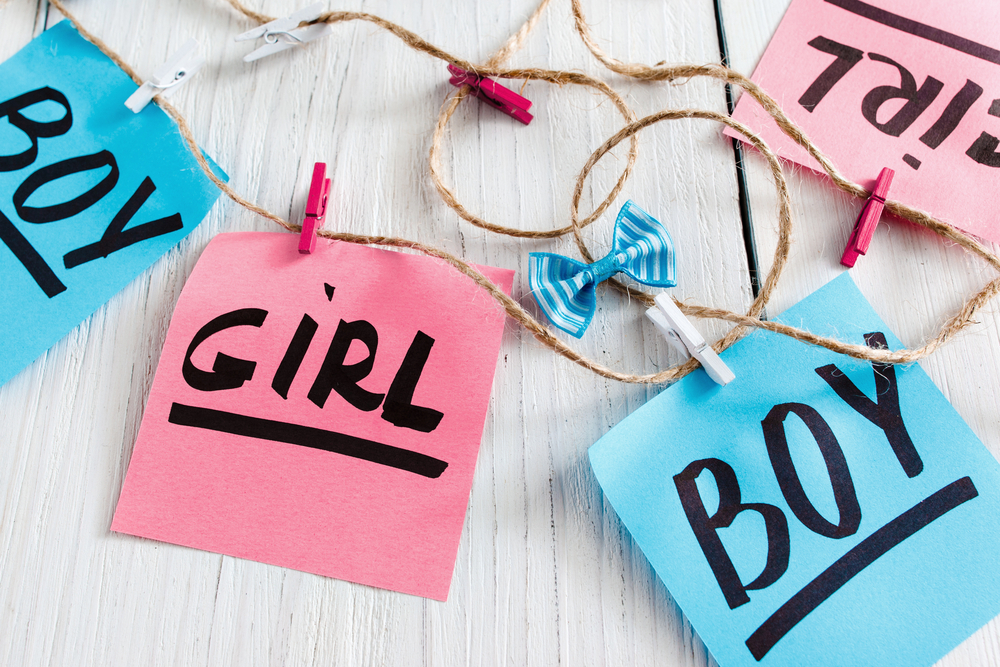 Ultrasounds can be quite accurate in predicting the sex of your baby when done between the 18th and 22nd week of pregnancy. But mistakes still happen. For instance, if you are obese or overweight, carrying twins, or if your baby is lying in a position that makes their genitals hard to see, it may be difficult to determine the sex of your baby with an ultrasound.

Genetic testing methods such as amniocentesis and CVS are extremely accurate in predicting the sex of your baby. However, as already stated above, they may carry a risk of miscarriage, so they are not appropriate for everyone.

There is no evidence to prove the Ramzi theory of sex prediction. It’s just a guess.

Is it harder to find out the sex if you have twins?

It may be harder to find out the sex of your babies if you are having twins or more, as the babies may obscure each other and make it difficult to determine the sex of each baby.