At 4 weeks pregnant, you’ve got a long way still to go — but if you’re the kind of person who likes to mark minor milestones, you’ve hit your first month! You’ve got some challenging times and unfamiliar experiences ahead of you (particularly if this is your first pregnancy), so you might as well take a little moment now to acknowledge how far you’ve come.

And what a journey it’s been, especially for your little one! By now, your egg has been released from an ovary, traveled to a fallopian tube, and been met and fertilized by a sperm. Once a sperm has penetrated it, the egg’s structure changes so that no other sperm can enter. The fertilized egg or zygote (or two zygotes in case of fraternal twins) begins to divide actively and, within a few days, moves from the uterine tube to the uterus. At that time, its a tiny ball of several hundred cells called a blastocyst.

If the theme last week was ‘fertilization’, this week it’s ‘implantation’. It’s a big week for your budding baby: during this important phase, your developing embryo will start to make a snug nest for itself in the cozy confines of your welcoming womb. And all this time, the embryo will continue to develop and become larger, gradually forming the tissues and structures of your only-five-months-away baby!

It is at this time that most women find out they are pregnant. A pregnancy test will already show two lines on the first days of a missed period. Week 4 marks the beginning of the embryonic period.

Based on the time of the fetal egg division, the kind of identical twins pregnancy is determined.

Pregnancy in the event of non-identical twins is always diamniotic-dichorionic, that is, the placentas can be attached to different parts of the uterus. 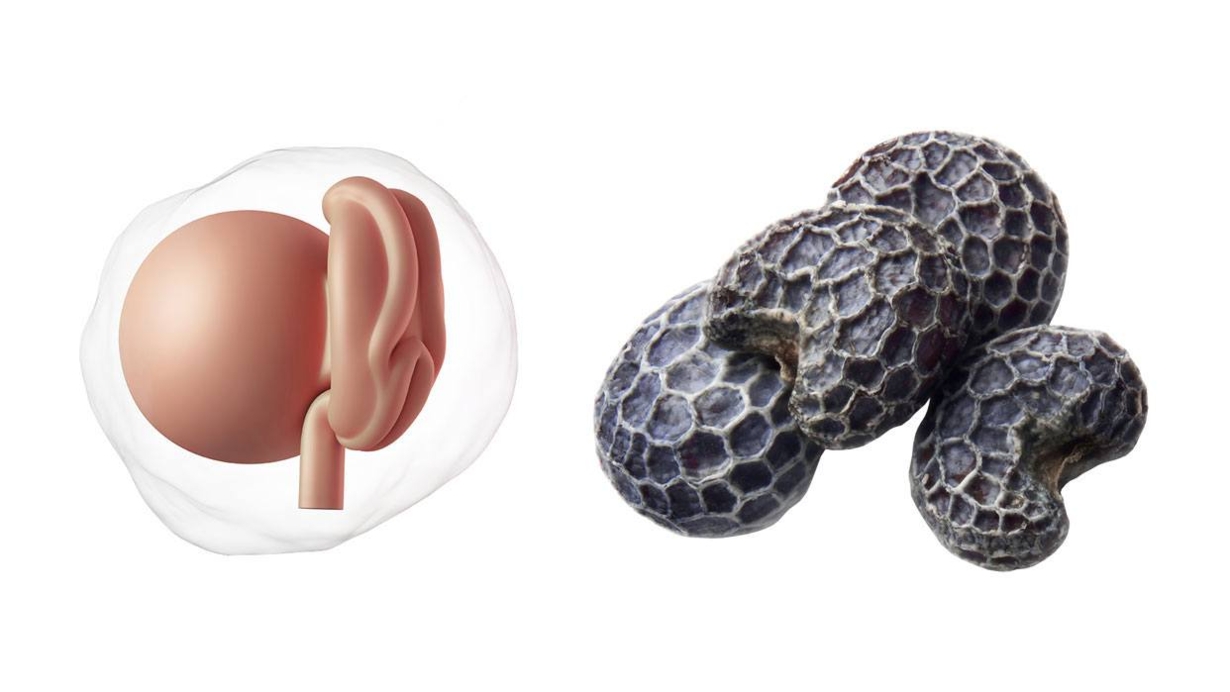 Your baby at week 4 of pregnancy

How big is your baby at 4 weeks pregnant?

At this stage, the embryos are the size of poppy seeds. They consist of 2 layers of cells which will later develop into organs. By the end of week 4, your baby is approximately 0.08 inch (2 mm) long.

During this important phase of your pregnancy, the embryo grows and develops within the lining of the uterus. The outer cells form links with your blood supply, while the inner cells form 3 separate layers:

During the first part of this stage of pregnancy, the embryo draws nourishment from a small yolk sac. Soon afterwards, the placenta that develops from the outer layer of the amniotic sac that surrounds the embryo takes over this role of providing sustenance to your growing baby.

During this period, the beginning of a face starts to form: this includes large, dark circles for eyes, and a mouth, lower jaw, and throat. Blood cells start to form and the circulation begins. 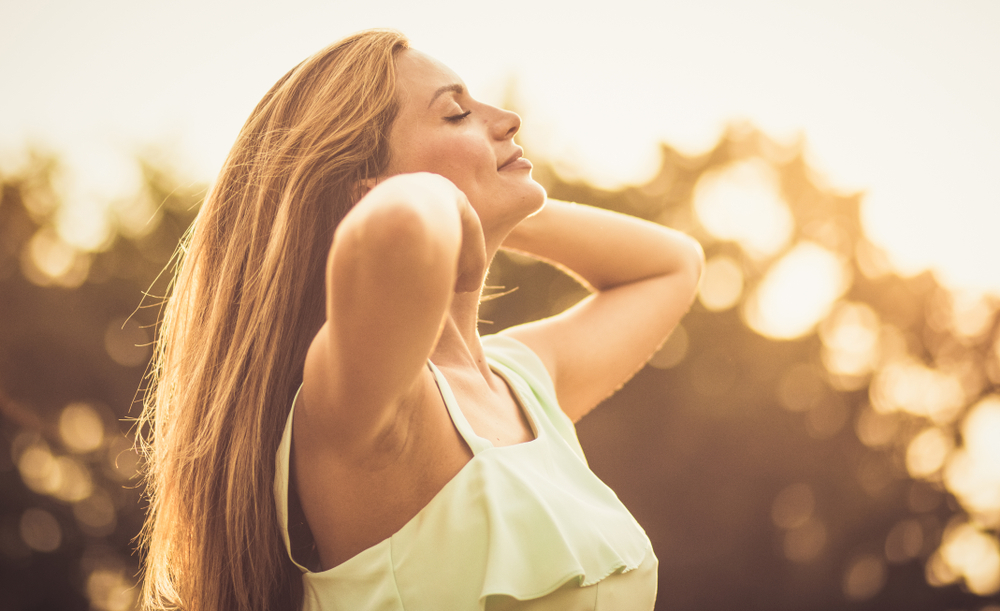 Your body at week 4 of pregnancy

You may not notice any differences in your body or feel any symptoms at 4 weeks pregnant. For most women, particularly those with a regular menstrual cycle, the first sign of pregnancy will be a missed period. The best way to confirm conception is with a pregnancy test, either at home or at a clinic.

Some women may notice very slight bleeding, or spotting, around the time that implantation occurs. Although you won’t be able to tell, inside your womb the amniotic sac and placenta will be developing and will later provide oxygen and nourishment to your embryo.

Once you know that you’re pregnant, you can start the clock! Your pregnancy is considered to have begun from the start of your last period (before you’d even conceived) and a normal term is 40 weeks from this point. Note that your healthcare provider may modify this start date after completing an ultrasound scan later on in your pregnancy — this provides a more reliable and consistent way to track your dates.

You probably still won’t look pregnant, so the cat’s not quite out of the bag yet! Most first-time pregnancies don’t show until around week 12. If you’ve had previous pregnancies you may show earlier as a result of stretching of the muscles in your uterus and belly. 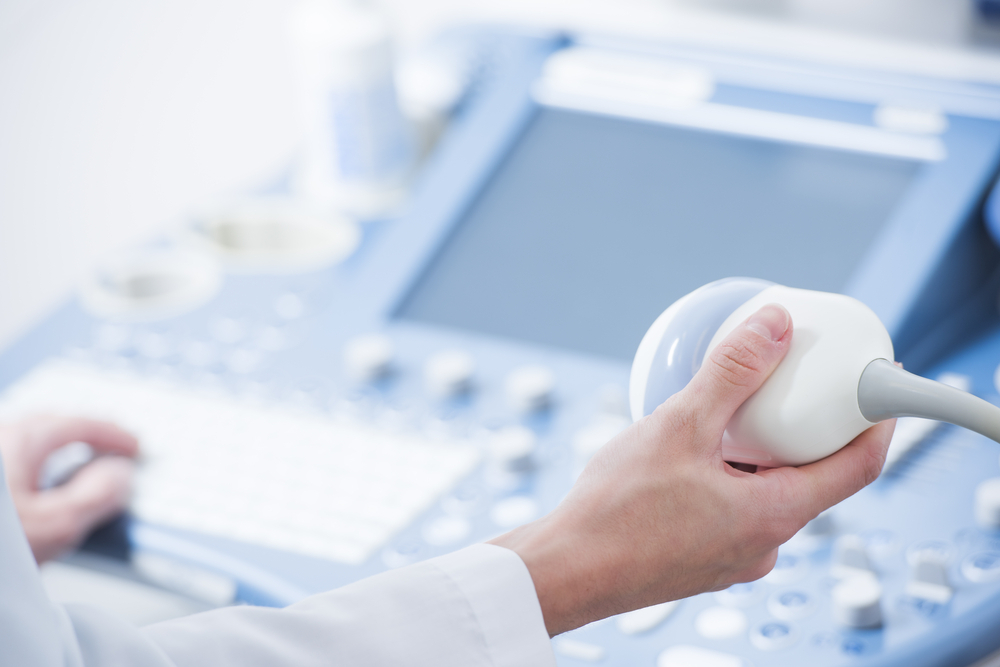 If your menstrual cycle is regular, then the first and most reliable indication that you’re pregnant is likely to be missing your period after you’ve been having unprotected sex (without a condom or other barrier method of contraception). However, there are many other reasons for a delayed or missed period and the only way to know for sure is to take a pregnancy test. These are cheap and accessible at your local drugstore, but you may prefer the discretion of your clinic instead.

You may also notice any one of the following general symptoms of early pregnancy:

4 weeks pregnant ultrasound: do you need it?

4 weeks of pregnancy is a little early for an ultrasound scan. In most countries, the first scan of a pregnant woman takes place between weeks 8 and 14. It’s usually followed by another scan at 18-21 weeks.

Your pregnancy may be a challenging time for you, but do your best to follow a healthy lifestyle. This will provide the best support for you and your baby until delivery. Your diet should contain a wide variety of foods from all the recommended food groups, including a mixture of fresh fruit and vegetables whenever possible. You should also aim to drink between 6 and 8 8-ounce glasses of water each day.

Try not to fixate on the old idea of ‘eating for two’ — in reality, you only need around 300 extra calories per day to provide for your baby. And don’t worry too much if nausea or vomiting in early pregnancy means that you don’t have much of an appetite; as long as you’ve been careful about your diet in the preceding weeks, your baby will still get what he or she needs.

Sex at week 4 of pregnancy

Unless a doctor advises you otherwise, your sex life can continue as normal throughout pregnancy.

Here’s a quick run-down of your week 4 pregnancy checklist:

Once you’ve confirmed that you’re pregnant with a test, your next priority is to check in with your doctor. Although you’re only at the start of your journey towards becoming a mother, your healthcare provider will be able to offer you expert advice and counsel you on the best way to take care of yourself and your baby for the whole duration of your pregnancy.