A hysterectomy is a surgical procedure that involves the removal of your uterus. It is one of the most common surgeries performed on women, and it is more frequent in women between 40 and 50 years old.

Download our app to track your cycle, symptoms, and activities. Set pill reminders and compile comprehensive reports for your doctor.

There are various kinds of hysterectomy:

The surgeon may perform the hysterectomy in various ways including with laparoscopy, through the abdomen or vagina.

How long should you wait before having sex?

Your doctor will advise you to wait about four to six weeks before having sex after a hysterectomy. This allows the scar from the surgery to heal properly and any vaginal bleeding or discharge to stop.

If you feel that you aren’t ready to have sex after six weeks, then don’t worry. Each person is different and needs a different amount of time before they’re ready for sex.

Your doctor will advise you to wait about four to six weeks before having sex after a hysterectomy.

If you experience bleeding after having sexual intercourse after a hysterectomy, you should visit a physician to find out the cause. They may offer you treatment and check that the wounds are healing properly.

What are the physical changes after a hysterectomy?

Here’s what to expect after a laparoscopic hysterectomy. You may have slight pain during the initial few days after surgery. Your doctor will give you medicine to relieve the pain. You may also experience vaginal bleeding and discharge for a few weeks that requires using pads.

If the doctor removes your ovaries during the hysterectomy procedure, you will undergo immediate surgical menopause, no matter how old you are. In such cases, your doctor may offer you hormone replacement therapy.

You may have slight pain during the initial few days after surgery. Your doctor will give you medicine to relieve the pain.

Even if one or both of your ovaries are left intact, they could fail within five years after having your hysterectomy. This is because ovaries receive some of their blood supply through the uterus, which is removed during the operation.

Sex drive after hysterectomy: does it change?

Many women’s sexual desire or libido reduces initially after a hysterectomy, but it returns once full recovery happens.

Furthermore, according to studies, there may be an improvement in your libido, sexual activity, and the power of your orgasm after a hysterectomy.

If you lose your interest in sexual activity after the surgery, you and your partner can discuss it to prevent it from becoming a silent issue between yourselves. You can also discuss it with your doctor or a counselor who specializes in dealing with sexual issues.

If you lose your interest in sexual activity after the surgery, you and your partner can discuss it to prevent it from becoming a silent issue between yourselves.

Loss of sex drive after a hysterectomy can get worse because of stress and relationship problems, depression, and, potentially, menopausal symptoms. Though these problems often resolve after some time, if symptoms and signs of depression and menopause persist, talk to your doctor about it. Treating symptoms of menopause may indirectly enhance your libido by improving your energy levels and general health.

Orgasms after hysterectomy: are they possible? 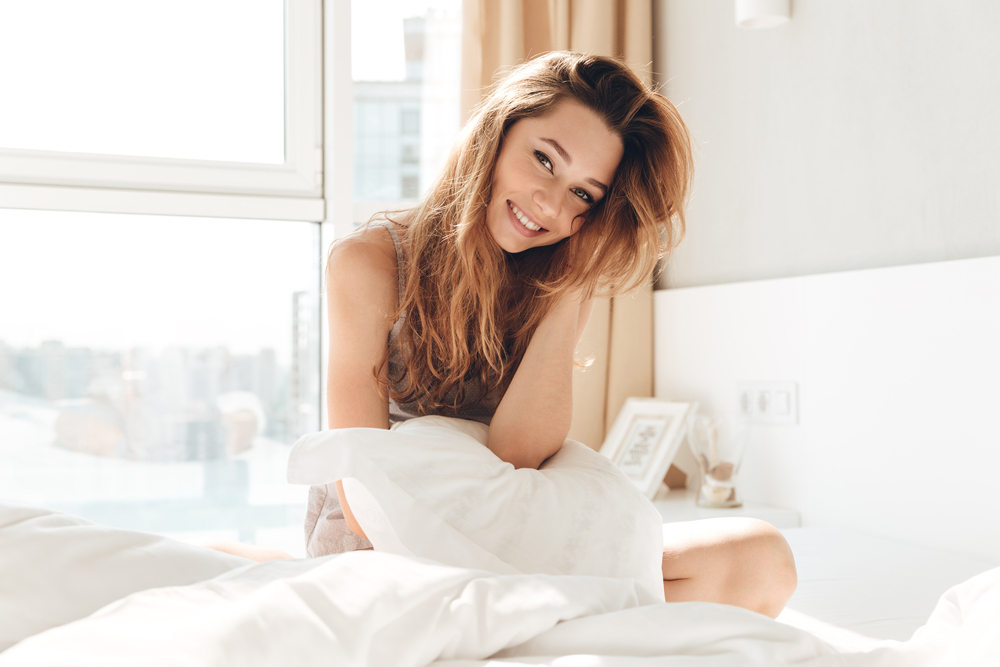 Having a hysterectomy doesn’t mean that you won’t be able to have an orgasm while having sex. Your labia and clitoris are still intact, and they are very sensitive.

The role of the cervix in an orgasm isn’t known. According to some experts, removing your cervix may have a negative effect, while others have a different view.

A review of studies comparing total and subtotal hysterectomies in premenopausal women found that sexual function was affected similarly in both types. In some women, sexual sensation was reduced. Symptoms included vaginal dryness after hysterectomy, reduced sensation upon vaginal penetration, and less strong orgasms.

If your sex life was good before the hysterectomy, then you’re more likely to maintain it after the surgery.

If you had distinct contractions of your uterus during orgasm before you had a hysterectomy, then you may not have these after the surgery.

If your sex life was good before the hysterectomy, then you’re more likely to maintain it after the surgery. For some women, their sex drive improves after hysterectomy. This may be because they get relief from the symptoms of heavy bleeding or chronic pain that were associated with the uterine problem.

Possible complications after a hysterectomy

Hysterectomies are among the safest reproductive surgical procedures. However, just like with any other surgery, some possible complications can occur, including:

You may have to stay in the hospital for a few days after a hysterectomy. The duration of your stay depends on the kind of hysterectomy surgery you had along with the technique used to do it. You should start walking as soon as possible after the surgery to help prevent blood clots in your legs. Your doctor may also give you medicine to prevent blood clots.

Here are some of the temporary adverse effects of a hysterectomy.

Some women develop constipation or urinary tract infections after surgery. You can manage both these conditions easily. It’s a good idea to increase your intake of fiber and fruits. Drink lots of fluids to help with bladder and bowel movements.

Discharge from the vagina

You may experience some discharge and vaginal bleeding after a hysterectomy, which may last for about six weeks. Talk to your doctor if you develop heavy vaginal bleeding, have strong-smelling vaginal discharge, or pass blood clots.

If your ovaries are removed, you may experience symptoms of menopause after the surgery, including:

Your doctor may give you hormone replacement therapy to manage these symptoms.

Talk to your doctor if you develop symptoms of depression that don’t get better. They can give you advice about treatment options.

Tips for better sex after the operation

Here are some tips to improve your sex drive after a hysterectomy:

A final note about life after a hysterectomy

A hysterectomy may permanently change certain parts of your life. Your periods will stop, you won’t get pregnant, and you may experience symptoms of menopause. Additionally, the symptoms you were experiencing before the surgery may get better. If your sex life was good before the surgery, you will likely maintain it post-surgery too. Thanks to the relief from uterine symptoms that the surgery addressed, you may even experience a better sex life after a hysterectomy.

Eugenia Tikhonovich, MD — Assistant Professor in the Department of Obstetrics and Gynecology at BSMU, Medical Consultant at Flo
https://www.acog.org/Patients/FAQs/Hysterectomy?IsMobileSet=false