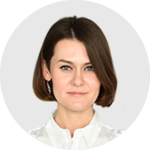 In addition to knowing that your baby is getting stronger, you might actually experience some positive 16 weeks pregnant symptoms for a change. After those annoying first trimester symptoms, you could be truly developing your “pregnancy glow” right about now.

Learn more about what to expect when you’re 16 weeks pregnant below!

Your baby at week 16 of pregnancy

Remember when your baby used to look more like a tadpole than anything else? Those days are long gone! Instead, your baby has defined facial features, arms, and legs, and its hair will start growing very soon.

At 16 weeks, your baby already has all its vital systems in place. Now the organs need to mature to be ready to function. Also, the baby needs to gain weight and strengthen its muscles and bones. Of course, there’s still some time to go before the baby is ready to meet you. But it’s exciting to think that it has grown so much already!

How big is your baby at 16 weeks pregnant?

It's time to think about maternity clothes. Your baby is now 4.7 in (12 cm) long and weighs about 3.5 oz (100 g). In the next 3 weeks, he/she will be twice this size, and so will your belly. Right now, the baby’s size is comparable to an avocado or an orange!

Your baby is now constantly doubling up in size and weight. Your baby has gotten so big that its tiny heart is pumping about 6.6 gal (25 l) of blood daily, and this quantity will only keep increasing.

In the womb, your baby at 16 weeks has complete mobility in limbs and joints. It has even started to make more purposeful movements. Their reflexes are also developing, and they might even be sucking their thumb by now! Their eyes also work, even though their eyelids are still shut. They’re making side-to-side eye movements and will turn away from light.

Tiny ears, which started out at their neck, have nearly reached their final position. Your baby isn’t just able to hear, it can also recognize your voice. Studies have shown that, after birth, they can even remember the songs they listen to inside your belly. The baby's head has almost risen; its little body is beginning to straighten. Their facial muscles are getting stronger, and they’re starting to develop facial expressions. It’s also yawning inside the womb!

16 weeks fetal development also leads to your baby looking cuter. The baby’s skin is still translucent, and they don’t have much baby fat. So, your little one looks very long-limbed and thin. Taste buds are also developing for your 16 weeks pregnant baby, and their nails are beginning to sprout.

Your body at week 16 of pregnancy

After those unpleasant first trimester symptoms, you’ll probably be feeling much better. 16 weeks pregnant symptoms will be much more tolerable for most women. You might even find yourself regaining some of the energy you lost during your early pregnancy!

By now, you’ll have a small 16-weeks pregnant bump. During your first trimester, you might have gained weight without a baby bump in sight. Your 16 weeks pregnant belly, however, definitely says that you’re pregnant.

During your second trimester, your uterus will grow to be the size of a papaya. Right now, it’s located halfway between your navel and your pubis. The ligaments that hold your uterus in place are stretching and thickening, preparing for further growth.

You’re probably very happy to be rid of those uncomfortable early pregnancy symptoms, but that doesn’t mean that you shouldn’t expect any changes. Your hormones are still working hard to maintain your pregnancy, which means that you can still expect some symptoms. Some of the most common symptoms when you’re 16 weeks pregnant include:

16 weeks pregnant ultrasound: do you need it?

If you have a 4-month prenatal appointment scheduled for this week, you could be getting a 16-week ultrasound. In addition to the ultrasound, your doctor will be performing a physical examination, measuring your belly, and ordering some tests. A urine test will determine your risk of developing conditions like gestational diabetes or preeclampsia.

Your doctor or nurse will also check on your blood pressure. Vaccines are also offered around this period, including the whooping cough vaccine. Getting vaccinated can protect your baby during pregnancy and after birth.

In your 16-week pregnant ultrasound, your doctor will probably be able to determine your baby’s gender. You’ll also get to hear the heartbeat and you’ll see your little one bouncing around inside your belly. And in happy news, your risk of miscarriage is less than 1% after seeing a normal 16-week ultrasound.

Sex at week 16 of pregnancy

Your nausea has gone away and your energy is back up. No wonder you have a higher sex drive around week 16 of pregnancy! Many pregnant moms report that the second trimester is great for having sex. So, don’t worry if your libido goes up around this time.

It’s normal for your partner to worry about the baby being so close while you’re intimate. But unless your doctor has expressly advised against sex, you have nothing to worry about.

What to expect at 16 weeks pregnant – checklist

16 weeks down, 24 weeks left! You’re nearly halfway through your pregnancy, and your baby is bigger and stronger than ever. Looking cuter, too! It’s still too early to meet him or her, but you can already start to prepare for the future months.

Enjoy your second trimester, which is many women’s favorite part of their pregnancy. Most uncomfortable symptoms have subsided, you have stronger hair and nails, and your bump is still small. Meanwhile, your 16-week baby will be getting stronger and practicing to meet you soon!