Can any mole become a melanoma?

Most nevi, also known as moles, do not cause any problems on our skin. At the same time, any mole on the body has the potential to change to an abnormal mole or even transform into the deadliest form of skin cancer called a melanoma.

It’s important to know most melanomas form de novo, which means as a new lesion with no associated mole.

It is recommended to examine the skin regularly and not only identify any moles that might be changing in shape, color, texture or size, but also ones any lesions that are new. If anything is concerning on self-examination, notify your physician right away for further evaluation.

What factors, besides frequent sun exposure, contribute to melanoma development?

This is correct, exposure to both natural ultraviolet (UV) radiation from the sun and UV radiation from artificial sources such as a tanning bed is the most notable known risk factors for most melanomas. 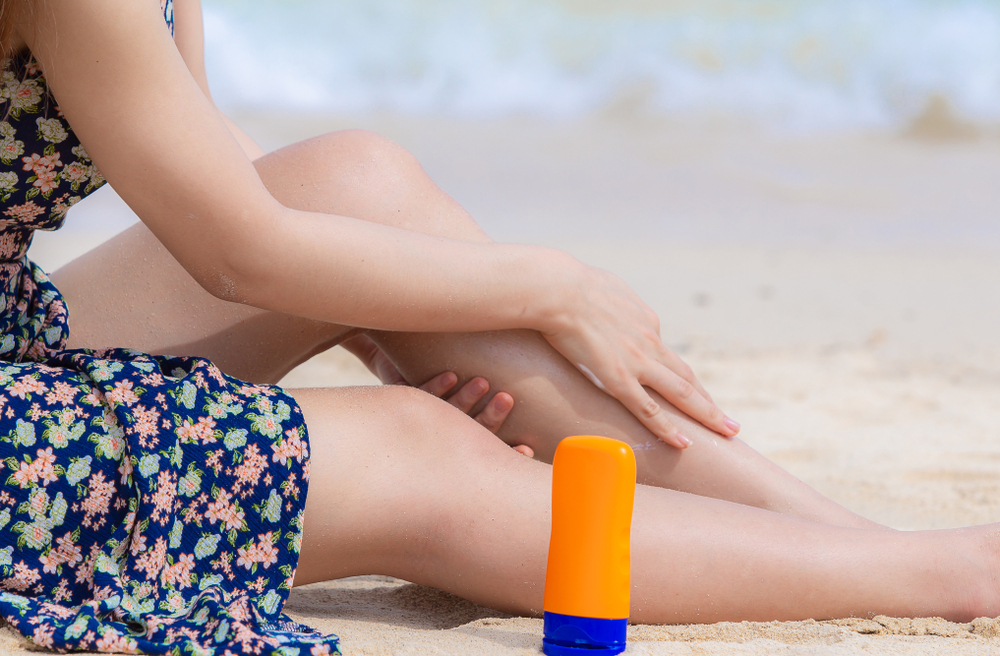 Sunburns seem to be particularly important. One study showed the risk of melanoma increased by 80% in those who had five or more blistering sunburns during the ages 15-20 years old.

Genetic factors also may play a role such as skin characteristics or genetic mutations which may be linked to melanoma or having a lowered immune system.

Having many moles, atypical or abnormal moles, or having a history of melanoma are also risk factors for melanoma.

Do dark-skinned people suffer from melanomas?

Skin cancer can affect people of all skin colors. Melanoma is most commonly diagnosed in the Caucasian population, but people with dark skin are also at risk.

Unfortunately, in this patient population it is often diagnosed at later stages, which ultimately makes it more challenging to treat. People with dark skin are also more likely to get melanoma in non-sun exposed areas, such as on the bottom of the feet, the palms of the hands, or even in the mouth.

What are mucosal melanomas?

Mucosal melanoma is a rare form of melanoma. It only makes up about 1 percent of all the melanoma cases.

Melanocytes are the pigment producing cells of the body and are mostly present in the skin. When these transform into malignant cells this becomes a melanoma.

Melanocytes are also present in other areas that are not the surface of the skin, such as mucosal surfaces. Mucosal surfaces include structures of the GI tract, the mouth, nose, nasal passages and sinuses as well is in the genitourinary tract just to name a few.

On extremely rare occasions, melanocytes in mucosal regions transform into cancerous cells, and these melanomas are called mucosal melanomas.

It's important to be aware of your body and if you notice any differences or changes that do not resolve in a reasonable amount of time, bring them to the attention of your physician for further evaluation.

Half of all mucosal melanomas are found in the head and neck region. Twenty-five percent are in the anorectal region, and 20 percent in the female genital tract.

The remaining 5 percent are hidden in the esophagus, gallbladder or even behind the eye.

Unlike most cases of cutaneous melanoma, mucosal melanomas are not related to UV exposure. Because this diagnosis is so rare, the risk factors are currently unknown.

Most cases of mucosal melanoma, when found, are already quite advanced. Unfortunately, the symptoms are very vague and nonspecific.

It's important to be aware of your body and if you notice any differences or changes that do not resolve in a reasonable amount of time, bring them to the attention of your physician for further evaluation.

What are the stages of mucosal melanoma?

The American Joint Committee on Cancer (AJCC) helps develop standardized staging for different cancers, which allows medical professionals to develop consistent treatment plans for different stages of cancer and determine how patients will do based on their stage, also known as their prognosis.

Mucosal melanomas are very rare subtype of melanoma, and currently there is no standardized staging system created for all the different locations of mucosal melanomas.

Anorectal and vaginal melanomas are staged based on a much more simplified staging system stating that if it is clinically localized it is stage I, if lymph nodes near the mucosal melanoma are involved then it is Stage II and if it has spread to a distant site(s) then it is Stage III.

What is the survival rate for patients with mucosal melanomas?

The 5- year survival rate is the number of individuals who will survive a minimum of 5 years after they are diagnosed, and it varies depending on the location of their mucosal melanoma.

The prognosis is very poor for individuals with a diagnosis of mucosal melanoma.

Patients diagnosed with mucosal melanoma of the head and neck have a less than 20 percent five-year survival rate.

For the vulvar melanoma it ranges from 24 to 77 percent depending on the stage, vaginal mucosal melanoma is five to twenty-five percent, and anorectal has a 20 percent five-year survival rate.

Can you say that recently there has been significant advances in skin cancer treatment?

Absolutely! There have been significant advances in skin cancer treatments in the recent years.

For advanced melanoma in particular, immunotherapy, more targeted therapy for specific genetic characteristics the melanoma may exhibit, injections, isolated limb perfusion for those affecting only an extremity and different combinations of each of these are all exciting areas of research contributing to the advancement of melanoma treatment.

What are the main obstacles to fight melanoma for good?

There are many obstacles in the way of finding a cure for melanoma. Toxicity with any cancer therapy is always an obstacle. How can we treat only the malignant cells in the body, leaving healthy cells untouched?

Also, cancer cells from one person to the next are all very different. Cancer cells in general are genetically modified to proliferate and survive and have different mechanisms in place that allow them to continue to grow and survive, fighting the effects of treatment. Better characterizing these cancer cell pathways will allow us to offer better therapies and possibly help us predict who will respond and who may not respond to different treatment regimens.

Optimal combinations of medications, dosing regimens and maintenance plans will all come to play as we optimize patient specific treatment for melanoma.

We also lack biomarkers or tests that can indicated if a patient is responding to treatment or not or even tell us quickly if the cancer is coming back or recurring.

The pathways are complicated, but these advances along with targeted therapy specific to each patient cancer characteristics is an exciting area of melanoma research. Optimal combinations of medications, dosing regimens and maintenance plans will all come to play as we optimize patient specific treatment for melanoma.